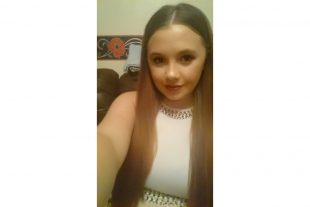 After leaving college I had always envisioned that I would go to university, gain a degree and a job would just come afterwards. I attended Manchester University for 3 months and decided it wasn’t for me – building up thousands of pounds worth of debt so early on in my life wasn’t what I had in mind. Before I started on the apprenticeship scheme in September 2014 and after my short experience at university, I worked in various different roles in retail. These roles didn’t sustain my eagerness to learn and develop. I wanted a job with a clear career progression and the opportunity to study towards something bigger. I started looking at paying for an accountancy qualification out of my own wages and after hours of searching for the correct provider I came across the Civil Service Fast Apprenticeship Scheme.

Before I delved right into applying I wanted to make sure this was really the opportunity for me. I read short blogs from some of the apprentices in cohort 1 and it just seemed like a wonderful opportunity. The CSFTA offered three different schemes at the time – Business, Finance and IT (its five now). I decided to apply to the Finance scheme which offered a full time job with incredible incentives as well as a level 4 accountancy qualification. It was as if the opportunity came at the most perfect time when I was thinking of paying for the qualification myself. In order to apply for the finance apprenticeship I had to have 5 A*-C’s including maths and English and not have a degree. The process for applying was straight-forward and asked competency based questions. Having been successful at this point I was then sent different tests to complete – numeracy test, verbal test, situational judgment test and a competency based questionnaire. These tests were quite challenging as they challenged how I worked under pressure and my time management skills. I was astounded to find I was successful at this point and was invited to the fast track assessment centre in Manchester.

I remember waking up in May 2014 and reading the email to say I had been accepted and explaining a little bit more about the role I had been assigned and where I would be spending at least the next two years of my life. I was assigned a role in the Department for Education (DfE) as a Fraud, Error and Debt support officer. At this point I had no idea what this meant but it sounded exciting and I was ready to accept the challenge. In August 2014 I received an email from a lady who I was going to be working with who offered to talk through my role a little bit more and give me a tour of the office. Everyone was so welcoming and warm and it was nice to have more of an idea of what role I’d be undertaking. It was explained that I would be involved in increasing transparency for the department’s debts and also working with a Cabinet Office application to cross check employee records for fraudulent activity. I was also told that this role was very new and was created specifically for me. At the time this information was on the same line as trying to explain algebra to a 1 year old but luckily I was told that I was not expected to know anything at all at this point and I felt all the tension melt away.

Now, two years on, the explanation I was given at the start of my journey is exactly what I do and it has given me so much opportunity to network with colleagues all over the department and cross-government. I have attended fraud conferences in London with other stakeholders which has been eye-opening and because my role was so new I have been able to build our debt model to the model it is today and this is something I’m immensely proud of.

As well as my full time job, I would attend college one day a week for on average 4 weeks per exam. College wasn’t far from the office which was convenient and I attended college with other Civil Servants on the finance apprenticeship scheme which was comforting. I completed and passed my five exams over a two year period and I am now the proud owner of a level 4 accountancy certificate (in a frame above my bed). As a finance apprentice I also had to do some work for a portfolio in which I get a qualification too.

The best moment on the scheme for me was feeling an incredible sense of pride when I passed my exams. Knowing I had to do work around a full time job is difficult but manageable. I also really enjoyed visiting the DfE sites nationwide and networking with different people who were more than willing to help me progress my career in whichever direction I would plan to take.

Since finishing the apprenticeship, I have been accepted to move onto the next level of CIMA with the support of the department. I have also had discussions with the Fast Track lead who is helping me move into a more financial role as this is something I am really interested in. Gaining more experience in finance and getting promoted are my next goals.

If I had to give a tip to anybody applying for the CSFTA scheme it would be to just go for it! Take every opportunity you’re offered. It won’t be a decision you regret.