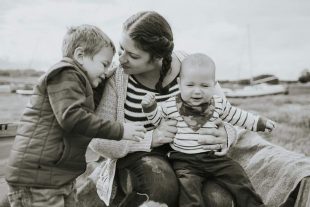 Looking back to April 2015, I had just been informed that I would be being made redundant in August. My mind started to go into a panic. I was married and 26 with a nearly one year old. I had been to university but left in my final year. That is when my mum suggested the Fast Track Apprentice scheme to me.

The Fast Track Apprenticeship has allowed me to gain a transferable qualification, and a stepping foot into the Civil Service where the opportunities are endless whilst allowing me to gain great friends.

I have been a Civil Servant in the DWP for over two years now and in that time I have finished my apprenticeship and changed job roles.

I joined the DWP in September 2015 as a Business Administration Apprentice and was placed into projects, which enabled me to undertake the projects pathway.

At first I was a bit unsure of how I would settle in as I was older than most and not what most people think of when they think of an apprentice. The induction was an eye opener and made me see that there were people from all walks of life and a variety of ages.

Being in projects is fast paced and meant moving from project to project. This enabled me to meet a range of people of various roles which enabled me to learn new skills. I was also able to undertake a range  learning opportunities in order to up-skill, which was great.

As a Business Analyst in part of a digital project team I was involved in gathering user needs, analysing the information we had gathered and feeding this information back to key stakeholders during the stakeholder reviews.

Fast forward almost 2 and half years, I am now working as a work coach in my local Job Centre Plus as this career fits around my current family commitments and is now giving me a new challenge. Being a Fast Track apprentice really opened doors for me and I couldn’t recommend it more as a stepping stone into a career within the government.